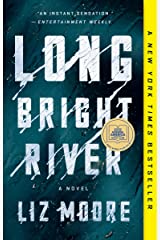 Amazingly both gripping and graphic, Long Bright River was one book I could not put down. Initially I was drawn into it because it was situated in Kensington, where my mother's family came from, Mom was born and her mother died tragically. Author Liz Moore is truly talented and gifted and I will read all her books.

It's about two sisters Mickey and Kacey and their childhood, adolescence and the differences between them in adulthood. Mickel( Michaela) is a police officer and Kacey is an addict who works the streets.

A string of murders in Mickey's district of addicts and prostitutes impels her to throw caution to the winds and try to find her sister.

It is described as being "an intense family thriller" and looks at family systems in an in depth way.

Recommended as top book of the year by many top book reviewers and this reader!

Posted by kathlingram at 7:28 AM No comments:

The Anchoress of Chesterfield: John the Carpenter (Book 4) - 5 Stars~ A Must Read Medieval Thriller~ 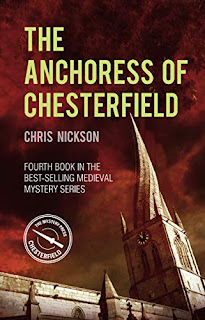 A fine series by a favorite,extremely talented writer, who loves the history of this area of England. John the Carpenter was orphaned at nine by the Black Death.He lost his father who taught him to love and "listen to" wood, how to be resilient and left him his tools.

Our story opens with John being fairly prosperous, in very perilous times, following plague and famine. He is asked by the coroner to investigate the death of a young anchoress, who is revered by all, and is the youngest daughter of an important man with ties to the crown.

John can barely refuse, although his wife is angry and distraught, as his previous role with a prior coroner had almost cost his life. Now six years later he very much needs the reward he is promised, which will make his family secure. Will it put his family and himself in danger? Will he solve it in the short time he is allowed?

This one was a serious nail biter through the end to the story. Highly recommended! Chris Nickson is a master at historical mysteries, especially of this epoch. 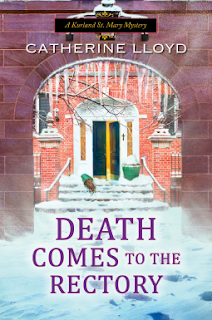 #DeathComestotheRectory #NetGalley Thanks to Kensington Books and the author. A fine job and I am really hoping that the series goes on, having read and reviewed all eight of them now!

"In Catherine Lloyd's eighth Regency-set Kurland St. Mary Mystery, murder casts a dark shadow over the christening of Major Sir Robert Kurland and Lady Lucy's daughter Elizabeth--even more so when Lucy's own father, the rector, falls under suspicion for the crime..." Publisher's blog-

The list of suspects ebbed and flowed about who killed Lord Northam, a man that many felt they would LIKE to have done that deed. In fact suspicion fell on several members of Lucy and Robert's combined families. It was a surprising turn of events and a fun ending. 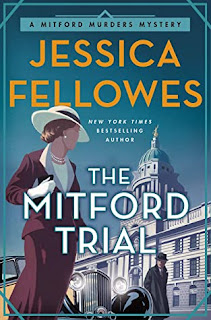 I very much enjoy Jessica Fellowes Mitford mysteries, featuring Louisa Cannon, who began her working career as nursemaid,then lady's maid to the famous Mitford family's daughters.Louisa's wedding to Guy Sullivan DS, of London's Metropolitan occurs as the story opens- with the entire Mitford family in attendance a happy day!

As war clouds hover over the UK, Louisa is induced to report to British authorities anything that transpires on a cruise that Lady Redesdale and her daughters Diana Guinness and Unity are taking. Diana's relationship with Sir Oswald Mosley and both sister's fascist leanings are of concern to UK authorities.

Guy turns up on the cruise as he is worried about Louisa and a murder happens that he as a police officer handles. The plot is long and complicated and involves British secret intelligence, double agent spies etc. The murder itself is based on a real crime but in real life the Mitfords are not involved in this.

Posted by kathlingram at 3:21 PM No comments: 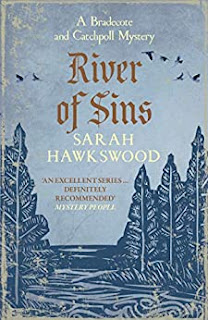 "July 1144. Ricolde, ‘the finest whore in Worcester’, is found butchered on an island a few miles up the River Severn. How did she get there, who killed her, and why? Uncovering details of her life and her past reveal a woman with hidden depths and hidden miseries which are fundamental to the answers, but time has cast a thick veil over the killer’s identity. "

The mystery was so very complex with many twists and turns and not-quite-dead-ends. Characterization is superb and grows even better with every outing, I've read and reviewed all 7.

Sergeant Catchpoll and the Undersheriff, minor Lord  Hugh Bradcote have learned to respect and trust each other's judgement and instincts. The Lord Sheriff himself, in this outing defended his men to the Castellan, who tries to insert himself in everything that he can.

Both Bradcote and their Sergeant-in-training Walkelin make a misstep or two that endangers them. This allowed at least one more murder to be committed, personally impacting  the young Walkelin. Each time they were able to protect each other and come together as a team.

Christina Bradcote makes an appearance with a secret and other promising minor characters have evolved.  I am so looking forward to more in this series.A medieval mystery at it's finest, my favorite genre! 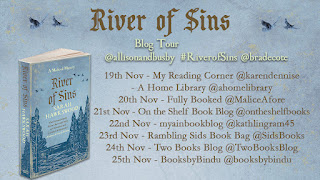 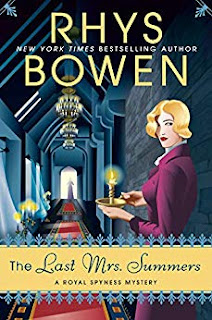 A fun read, not a great deal of mystery although I was surprised at who the murderer actually was.Her friend Belinda inherited property in Cornwall that s the two of them went to see. Darcy appears in Cornwall, improbably, towards the end.

Posted by kathlingram at 10:26 AM No comments: 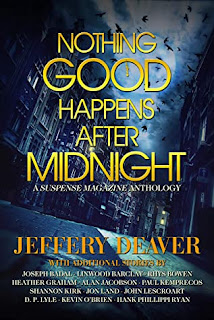 Posted by kathlingram at 7:59 AM No comments: 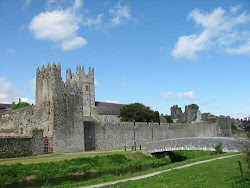 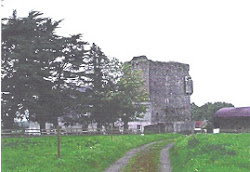 My ancestors know why I love medieval history